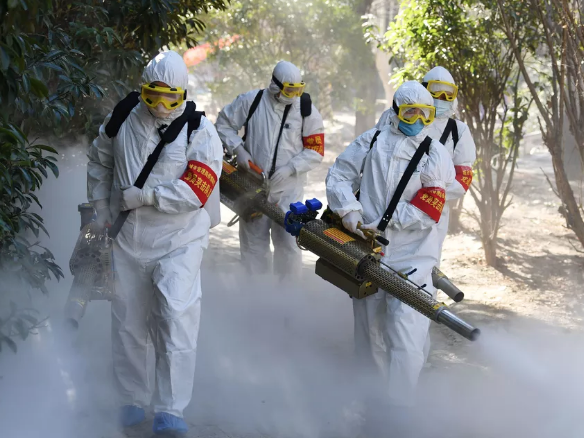 PLANNING FOR THE NEXT SHOCK

As Sir Peter Gluckman prepared to go into self-isolation, it was with a sense of frustration and growing alarm.

“I was out preparing for lock-down. The bars are full, the restaurants are full, people are not taking this seriously,” the 71-year-old who served for nearly a
decade as the country’s first chief science adviser to the prime minister, fumed to the Listener last Sunday. The following morning he went public
with his concerns.

“The evidence is mounting that the best thing NZ could do is make the hard decision to go to extreme shutdown now,” he tweeted. At that moment, Prime Minister Jacinda Ardern was huddled with Cabinet minis-
ters finalising preparations to put in place the sweeping Covid-19 restrictions Gluckman and other public health experts see as essential to
avoiding exponential growth in infections.

“If you are going to shut this thing down, you shut it down fast,” says
Gluckman. Did the move to Level-4 come soon enough to spare us the fate of the US or Italy? Only time will tell. But there are already lessons emerging from the global and local responses to the coronavirus
pandemic.

“There’s a sense that science diplomacy in a matter like this has failed,” says
Gluckman, who is president-elect of the Paris-based International Science Council, which represents scientific academies from all over the world.
“The [genetic] sequence of the virus itself was released very quickly. But early on at least, some countries were very nationalistic and isolationist.”

The World Health Organisation was better able to deal with localised disease outbreaks such as Ebola, than global crises requiring the co-operation of numerous governments.

Operating from a pandemic plan that was updated a few years ago, the Government moved swiftly when it did make a decision, but there were cracks in the early response: the lack of adequate early testing and management of overseas visitors who brought the disease to our shores has been criticised.

Gluckman hopes the crisis may spur us to think to a greater extent about future risks we face and how to plan for them.

“We think a lot about natural disasters – we are as well prepared as anyone for earthquakes and eruptions,” he says.

“But a space-weather event or a pandemic has to be prepared for in the same way.”

Earlier this month, he launched the Centre for Informed Futures at the University of Auckland, an academic thinktank he will lead and which will
focus on foresighting for complex issues that could involve a shock as big as or greater than Covid-19.

“There’s a gap, and every policy person I talk to acknowledges it,” says Gluckman.

Futurist Robert Hickson was a member of that foresight team based at the science ministry between 2004 and 2011.

“It was set up in response to the Royal Commission into genetic modification,” says Hickson, who has a genetics background and runs Wellington-based consultancy Day One Futures.

The group had input into a national biosecurity plan and looked at the potential effects of nanotechnology and other emerging technologies. But it didn’t survive the merger. These days, he says, foresighting is fragmented across government departments. “We fixate on an issue, reports are published and then gather dust. There are no strong capabilities in government, a lot of interest, not a lot of practice.”

That’s in contrast to countries such as Singapore that has a well-established and globally recognised government foresighting strategy group, the Centre for Strategic Futures, based in the Prime Minister’s office.

“Singapore saw what happened with the Sars outbreak and put a lot of systems in place as a result. The response to Covid-19 shows their planning worked,” says Hickson.

“But it’s a different political system.” No system of planning for the future is
perfect, he says. The key is to be flexible, transparent and think beyond the next pandemic to the flow-on effects that such
crises create.

First published in the New Zealand Listener in April 2020