Two Cents’ Worth: The Chain Gang

Have you heard the story of the $75 million pizza? 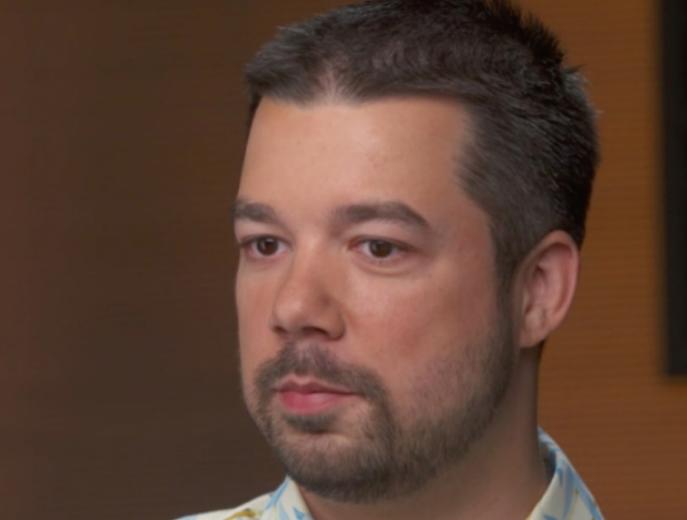 LISTEN TO THE TWO CENTS’ WORTH PODCAST HERE

Subscribe to Two Cents’ Worth for free on Apple Podcasts, Spotify, Stitcher, RadioPublic or wherever you listen to your podcasts

Hanyecz was an early adopter of Bitcoin, the first cryptocurrency, which was launched the previous year by the anonymous figure or group of people known as Satoshi Nakamoto. Many in the tech industry saw the great early potential of Bitcoin to become a secure way to transfer digital currency globally, free of banks and their high fees and completely anonymously.

Last week, the price of a single Bitcoin floated around the NZ$15,000 mark. But on May 22, 2010, when Hanyecz posted his plea for pizza, 10,000 Bitcoins were worth just US$40. A student, Jeremy Sturdivant, took him up on his offer, accepting the Bitcoin and placing an order at a Papa John’s pizza outlet for Hanyecz.

It likely went down as the first real-world purchase funded by Bitcoin. But those 10,000 Bitcoins are now worth around $150 million. Hanyecz remains philosophical about offloading his coins to Sturdivant, who in turn sold them for $400, making a tidy tenfold increase on his investment.

“People ask me ‘why didn’t you keep that Bitcoin?’ Well, you know, somebody had to start it off,” he told CBS News in November.

Hindsight is a great thing. For every Bitcoin investor made an overnight millionaire thanks to the surging price of the leading cryptocurrency, many more will have lost money selling at the wrong time during Bitcoin’s rollercoaster history.

In December 2017, the price of a Bitcoin, which is traded through numerous digital exchanges on the internet, peaked at just over $28,000 per coin. A year later, a Bitcoin was worth a quarter of that. 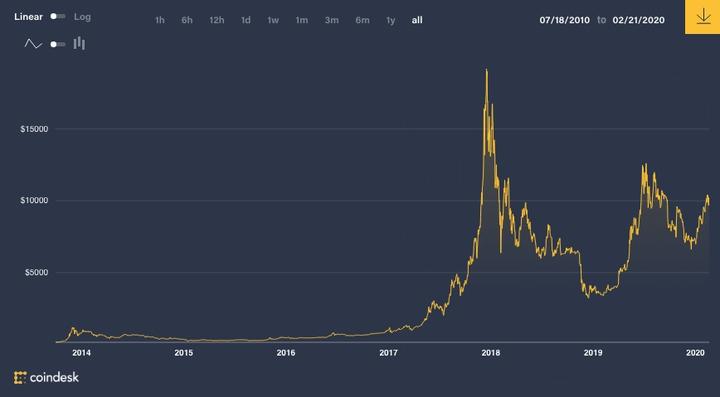 The rise of Bitcoin over time. Photo: Supplied.

The frenzy of Bitcoin speculation that fueled those 2017 peaks in value has passed and fluctuations in the coin’s price are less severe these days. But a number of veteran Kiwi investors are still playing the market, trying to follow the investor’s mantra of ‘buy low, sell high’.

Omar Al-Sobky is an Auckland-based Bitcoin investor who first got interested in crypto trading in 2011.

“A friend of mine got in touch and said have you heard of this Bitcoin thing. I had no idea. And then we would go out on the town in Auckland, you know, like someone would buy a round of drinks and I’d pay him in Bitcoin. It was just a bit of fun.”

But as interest in Bitcoin took off, so too did its value. Al Sobky’s first-ever Bitcoin sale via an exchange was when the price reached $1,180 per coin. He has made significant gains by following market trends closely and selling as near as he can to peaks in value.

“That mentality of playing it in the long-term has worked out more, buying the dips at the optimum levels of when the market climate is changing or when we hit those bottoms,” says Al-Sobky, who these days consults companies on using the Blockchain technology that underpins many cryptocurrencies and which is also powering a new generation of business applications.

Another Bitcoin investor, Wellington-based Brian Walters, takes a slightly different approach to the market. Walters, a former financial markets trader and quantitative analyst, has invested small amounts in thousands of bitcoin rivals or ‘alt coins’, confident that at least one of them will break out in the way Bitcoin did.

“So what if Bitcoin was the MySpace and then Facebook came along, as an analogy. My philosophy for buying many was that I could automate it to a certain degree by using a computer to place multiple orders. So I am running, I guess, a very small hedge fund.”

Walters made money from Bitcoin and cashed out his initial investment, trading on with the profits he made. He admits his approach is conservative.

“I just say, what am I comfortable, my total net worth, to have in this asset class and for me it’s around five per cent. Because of the volatility that’s probably a responsible allocation on a risk-adjusted level.”

But there is risk in trading cryptocurrency beyond the tricky art of picking the peaks and troughs in coin value. Crypto trading relies on a large collection of exchanges, which act as the digital equivalent of share brokers and stock exchanges, buy and selling coins on behalf of individual traders. The problem is that many exchanges have been plagued with issues. A lack of regulation of the crypto market and robust security standards have seen coin exchanges hacked and investors’ coins stole.

Al-Sobky has been a victim himself. He lost Bitcoin in the hack of Mt Gox, which in 2014 was the biggest crypto exchange in the world. A security breach saw US$450 million worth of Bitcoin stolen. The exchange collapsed into bankruptcy following the incident.

New Zealand is no stranger to such cybercrime. Last year the popular Christchurch-based coin exchange Cryptopia was allegedly hacked, with coin losses worth up to $24 million. High Court proceedings are now underway to sort out who will receive the assets recovered from the company, which is in liquidation. 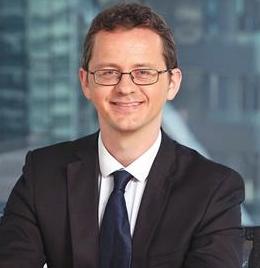 Cryptocurrency is still a young technology and a magnet for scams and get rich quick schemes. It also hasn’t taken off as a mass-market means of exchange yet, though it is relatively easy now to use Bitcoin to make regular purchases at retailers.

As he swipes his card, his Bitcoin is sold on the open market and the proceeds converted into New Zealand dollars, which is transferred to the cafe. It all takes seconds and is finally bringing the convenience of Eftpos and credit card systems to Bitcoin, even if it doesn’t involve the original vision of Satoshi Nakamoto, of a genuine alternative to the cash-based economy.

But cryptocurrency’s appeal is primarily as a type of digital gold and may remain so until either Bitcoin or a trusted alternative system is embraced globally. The most significant effort to achieve that came last year when Facebook launched Libra, its cryptocurrency, controlled by the separate Switzerland-based Libra Association.

Libra is backed by a host of blue-chip companies who underwrite the value of Libra with assets. But the backlash came quick and fast. In the midst of numerous data and privacy scandals, many baulked at the idea of Facebook playing a dominant role in global finance. 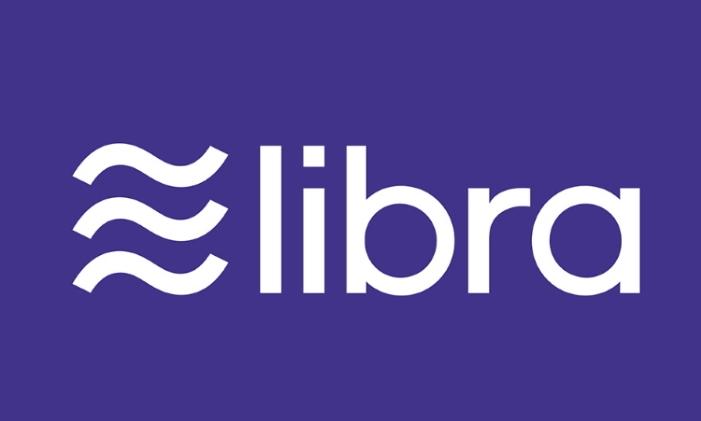 More importantly, central banks and governments rejected out of hand a powerful private entity threatening their own control of their financial systems.

“Suddenly the whole banking system is moving into private equity and when you do that, you take away the government regulatory controls over things like interest rates, which is an important ability to pivot the economy and ensure that the economy is not growing at too slow or fast a rate,” says Pentney.

Facebook has put Libra on hold until regulatory concerns are satisfied and several of the initial members of Libra have departed the group. The cryptocurrency’s future is uncertain, especially as numerous nations accelerate efforts to launch their own sovereign cryptocurrency in a bid to keep control of the financial systems in the digital, decentralised world.

China may be the first this year with a genuine, functioning state-issued cryptocurrency tied to the value of the yuan. Many governments have crypto schemes in development, though the New Zealand Government is yet to outline any plan to launch its own cryptocurrency.

More potential may lie here in developing ventures based on the Blockchain technology that forms the basis of many cryptocurrencies. Blockchain allows digital records to be created and stored securely in a decentralised way, so that no central party has control over the whole system. All records are permanently recorded so it is considered an effective way to manage not just financial transactions, but agreements and contracts.

Numerous New Zealand start-ups have emerged, employing Blockchain in everything from tracing food products through the supply chain from producer to consumer, to financial services, video games and education. 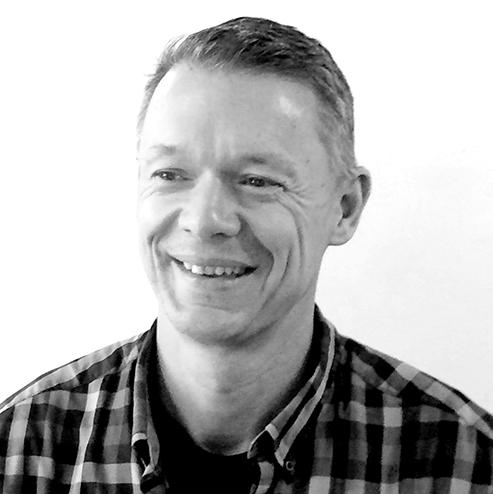 Mark Pascall is a Blockchain expert and director of public affairs and community at TradeWindow, a New Zealand company using Blockchain technology for handling export compliance.

He says that initial hype around Blockchain companies that raised funds through the crypto market in 2017 – 2018, has given way to interest in companies with long term potential and innovative uses of Blockchain technology.

It has also seen the emergence of the DAO – decentralised autonomous organisations that are structured, organised and governed on the Blockchain.

He sees the DAO as a way to moderate the power of mega-corporations and the excesses of capitalism.

“I believe the crypto communities need to work with the government more to actually invest and grow these open, transparent, global systems that are neither controlled by China or corporations.”